written by Best in Nashik 48 views 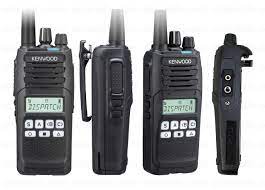 Kenwood’s NX-1200 & NX-1300 portable radios are the company’s latest and most cost-efficient entry into the digital radio market.  In addition to having QT / DQT built in in analog mode, these radios allow you to listen to the radios in your group without having to listen to the radios of other companies sharing the same channel.  It may be used in areas such as golf courses, hotels, movie theaters, furniture stores, bowling alleys, gun ranges, go karting, wholesale warehouse operations, schools, or construction sites since the radios can operate in analog simplex and analog repeater modes.  FCC licenses are required for legal operation of these radios since they operate on licensed frequencies.

Radios NX-1200 & NX1300 operate in 2 digital modes including NXDN and DMR.  The two digital modes as well as analog FM can be chosen at a given time.  The result is versatile operation of the radio as well as an easy migration path for a user to transition to digital radios while continuing to operate analog radios until a majority of the fleet radios are digitally capable.  When that happens, the remaining radios can be decommissioned and additional radios can be purchased to be fully operational with digital NXDN or DMR.

A Strategic Approach To Organic Vs. Paid Marketing...

What is the Electronic Signature?

Investing In Online Gaming in India

Why Should You Use A VPN To...