10 beer facts you can share over a good pint

written by Best in Nashik 59 views 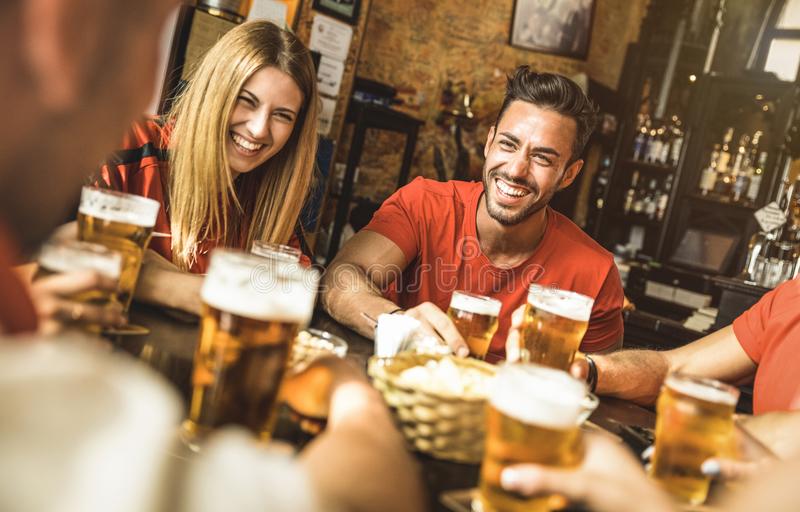 Beer is an extremely ancient beverage that has passed through the ages to become one of the most widely consumed alcoholic beverages in the world. Whether blonde, brown or white, its flavour delights the taste buds of party animals and other beer lovers. The history of beer is accompanied by anecdotes as unusual as they are fun and here are some of them.

Contents hide
HALF A BEER IS AS CALORIC AS A CHOCOLATE ESKIMO
BEER HAS POSITIVE SIDES FOR HEALTH
7,000 YEARS BEFORE OUR ERA, CHINESE VILLAGERS ALREADY DRINK BEER
THE WORD BEER FIRST APPEARS IN 1435
IN 9 COUNTRIES IN THE WORLD, BEER IS CHEAPER THAN MINERAL WATER
IN 1814, THE CITY OF LONDON WAS FLOODED WITH BEER
IN RUSSIA, BEER WAS NOT RECOGNIZED AS AN ALCOHOLIC BEVERAGE UNTIL 2011
AFTER DRINKING OVER 35 LITERS OF BEER, A SCOTTISH HAS HAD A WHOLE MONTH OF WOODWORKS
WINNER OF WORLD WIFE PORTER CHAMPIONSHIP WINS WIFE’S WEIGHT… IN BEER
THE STRONGEST BEER IN THE WORLD IS CALLED SNAKE VENOM

HALF A BEER IS AS CALORIC AS A CHOCOLATE ESKIMO

It is well known that beer is a caloric drink that tends to swell the belly. A half contains 110 calories, or the equivalent of a chocolate eskimo. It is, however, less than a soda or orange juice.

BEER HAS POSITIVE SIDES FOR HEALTH

If beer is consumed in moderation, it can have positive health effects. It is indeed rich in fibres, essential for the proper functioning of intestinal transit, and in antioxidants, which act like a bulletproof vest to protect the body against free radicals. Finally, beer is made up of minerals, which are also necessary for our body.

Beer is an extremely old drink. 7000 years before our era, it was already consumed by Chinese villagers. But that’s not all, beer was used as a means of payment in Babylon, in addition to being considered the drink of the gods in ancient Egypt.

THE WORD BEER FIRST APPEARS IN 1435

The Middle Ages saw a kind of democratization of beer, mainly thanks to monastic contributions. The monks in fact experimented with the different methods of making this precious drink, in particular with the appearance of hops. In 1435, an official text intended for the regulation of the trade of the beer appeared: it was the first time that the word “bierre” (old French) was used.

IN 9 COUNTRIES IN THE WORLD, BEER IS CHEAPER THAN MINERAL WATER

In several countries, beer is so democratized that it costs less than mineral water. If you travel to the Czech Republic, Panama, Nicaragua, Slovakia, Belgium, Croatia, Costa Rica, Puerto Rico or Luxembourg, you will certainly spend less money on beer than on water. And if you live in one of those countries where it costs a bit more, its always prudent to find good deals or use promo codes such as beerwulf discount code.

IN 1814, THE CITY OF LONDON WAS FLOODED WITH BEER

Yes, it’s possible. In 1814, a London brewery called Meux and Company Brewery paid the price. A huge tank containing 610,000 litres of beer ruptured under pressure, causing the other tanks to explode. In the end, no less than 1,470,000 litres of beer spilled into the street, destroying two houses and the wall of a pub. At least eight people lost their lives in this unusual accident.

IN RUSSIA, BEER WAS NOT RECOGNIZED AS AN ALCOHOLIC BEVERAGE UNTIL 2011

The country that consumes the most alcohol in the world is none other than Russia. Until 2011, its legislation was very clear: a drink containing less than 10% alcohol content is not alcoholic, thus excluding beer from the race.

AFTER DRINKING OVER 35 LITERS OF BEER, A SCOTTISH HAS HAD A WHOLE MONTH OF WOODWORKS

This is probably one of the longest hangovers in the world. Suffering from a severe headache, blurred vision and dehydration for the past month, a Scottish thirty-something went to the emergency room. Dumbfounded, the doctors could not diagnose the condition of the unfortunate man, until he confessed to them having swallowed 60 pints of beer in just four days, a mistake he will certainly not reproduce.

Bridal war is a sport that exists, it originates from Finland. World championships are also organized: competitors must cover a distance of 250 meters, filled with obstacles, carrying their wives. The reward is considerable: the weight of his wife, but in beer.

But for those of you who don’t have the stamina or wives, but still want to get beer for cheap, if not free, we suggest buying in bulk or looking for deals such as beerwulf discount code.

THE STRONGEST BEER IN THE WORLD IS CALLED SNAKE VENOM

The strongest beer in the world is British. The Snake Venom, has an alcohol content of 67.5%. For some, however, this drink cannot be considered as a beer strictly speaking, in particular because alcohol would be added to it to reach the desired alcohol level.

How to Design Fascinating Kraft Paper Packaging for...

10 BBQ Tips You Need to Know