written by Best in Nashik 283 views 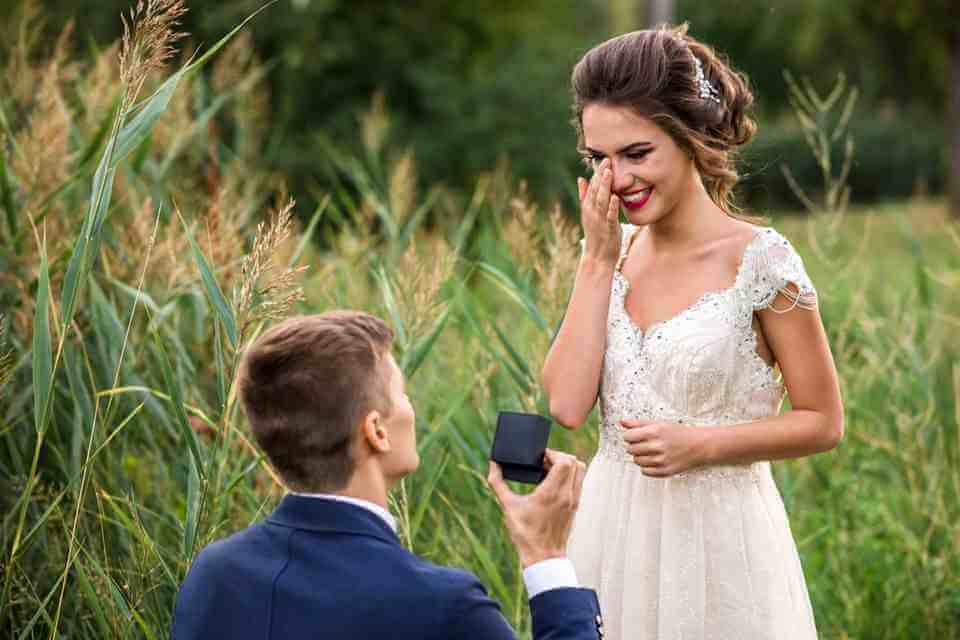 Do you want to propose to your boyfriend or girlfriend? We have a few ideas for you.

The marriage proposal isn’t just a question – it’s one of the most overwhelming moments ever. After all, this is where you decide whether you want to spend the rest of your life together. And because this moment is so crucial, you naturally want to make it as special as possible.

Sure, there are couples where men and women spontaneously decide to ask their partners all questions. And that can be very romantic. Most, however, want to think about something special and therefore plan the marriage proposal a long time in advance. After all, in a spontaneous action, you have to do without engagement rings.

Contents hide
Man or woman – who should ask?
Marriage proposal – romantic togetherness
On holiday
At the picnic
On a boat
At the place where you get to know each other
With a song
After a parachute jump
With a riddle
Marriage proposal – in front of a large audience
In the cinema
On an advertising space
In the (soccer) stadium
With flash mob
Make it your personal wedding proposal!
Did the partner say “yes”?

Man or woman – who should ask?

You want to get married, but the man definitely has to ask? No, it hasn’t been the case for a long time. More and more women are deciding to take matters into their own hands and come up with creative marriage proposals. And even if there are a lot of women for whom this would never be an option – we think: women, trust yourself! You can also put the engagement ring on him. 😉

You have made up your mind – and you want to propose a perfect wedding proposal to your sweetheart? First, you have to think about it: Do you want to ask for your partner’s hand in intimate togetherness or is your sweetheart on the big romantic show in front of an audience? Because: Not everyone likes to be observed by other people in this intimate moment.

A marriage proposal is not only meaningful but also a very emotional moment. It is not uncommon for tears of joy to flow – that is why many men and women prefer to be alone when answering all questions. But: What can you do to make the proposal particularly romantic – but not to lapse into kitsch? Here are a few ideas for you guys.

A classic that never goes out of style. Because on vacation the mood is usually relaxed and you travel to idyllic places, perhaps with a great beach or waterfall. It is clear that there is a romantic opportunity to get on your knees. But be careful: the wedding proposal shouldn’t fall into the water like that!

Super romantic! And if you choose a quiet place in a pretty garden, the engagement proposal takes place without other people’s eyes. A white tablecloth instead of a thick woolen blanket spread out in the garden and the surprise is perfect. How do you get to talk about the marriage proposal between cheese canapés and Prosecco? For example, insert your favorite song and indulge in memories together before you pull out the ring.

You and your great love don’t live far from a body of water? Then rent a boat and surprise your partner with a spontaneous boat tour. It couldn’t be nobler. You don’t have a boat license? No problem! A rowboat does it too – and if in doubt, it is even more romantic!

At the place where you get to know each other

There is something very, very romantic about marriage proposals at the place where you get to know each other. Because where it all began, everything should now be sealed for eternity. How do you get your partner there? Just say you want to reminisce with him for a bit. Or you lead him blindfolded to the scene of the event, where you may already have prepared a bottle of sparkling wine and have a few candles ready for the special atmosphere.

The fine art of romanticism. So that the whole thing doesn’t get too cheesy, you can make the song amusing – and fill it with shared anecdotes, for example. Can’t sing or play a musical instrument? Just try to write a poem – your words are sure to blow him away! You either wear the whole thing in a romantic place or let the partner read it aloud and then put the ring on him.

After a parachute jump

The adrenaline level couldn’t be higher – and once you’ve made it back down to earth, you’ll feel like the king of the world anyway. If a marriage proposal comes along, you will quickly be overwhelmed by an unforgettable endorphin overload.

Pure surprise! Whether in a self-made quiz or a hangman game – there are many ways to wrap a wedding proposal in a puzzle.

Marriage proposal – in front of a large audience

Watch out, here are four ideas for extroverts! Those who don’t like being the center of attention are likely to feel uncomfortable with these marriage proposals. For everyone else, such actions are of course extraordinary and will not be forgotten!

When it is not the new love story with Ryan Gosling, but the partner that suddenly appears on the screen, one is initially shocked. When he then proposes marriage but all the more touched. The engagement proposal can either be made in the film or (that’s even more romantic) the question can be asked live in the cinema. In the clip, which can be seen in advance, you can explain, for example, why you love your sweetheart so much, or remember beautiful experiences. This moment is guaranteed to give you goosebumps.

On an advertising space

“Julia, do you want to marry me?” – that looks pretty good on huge advertising space. To make it clearer, you can have a joint photo printed on the banner. Of course, you have to walk past this ad together with your partner …

In the (soccer) stadium

Similar action as in the cinema – only that the audience is much larger. It works like this: You tell your sweetheart that you will only go to the toilet for a moment – and suddenly you appear with a microphone in the middle of the field and on the large stadium screen. Of course, you have to discuss this with the stadium officials in advance. You can of course do the same at a concert!

You probably know from YouTube videos: When a flash mob proposal is made, people suddenly form up and, for example, perform choreography to optimally stage the person asking for the marriage proposal. Here you can also introduce a friend or several acquaintances.

Make it your personal wedding proposal!

Ultimately, the most important part of the perfect marriage proposal is that you come up with something that binds the two of you together. A certain place, a special speech, a loving gesture … What is the most romantic thing that you can personally imagine – without making the engagement proposal too cheesy? We are sure: you can do it!

Regardless of whether you choose the ring for your great love or for you – you will definitely be interested in which model is the most popular.

Did the partner say “yes”?

Whew, that would seal your engagement. Now you can choose wedding rings together and full of anticipation and plunge into wedding planning. Of course, we have important tips and ideas for everything related to weddings. Are you the bride’s friend organizing the hen party? Or do you still need inspiration as a married couple for the right favors for the wedding? With us, you will find everything.

The Best Motoring Essentials for the Winter

How Do Air Fresheners and Deodorizers Work?

How to use a Pressure Canner? Step-by-Step Process

Is an Indoor Hammock Chair Worth To Buy?

What You Need to Think About Before Bringing...

Who is the Best Business Coach in...

4 Ways to Make Your Backyard Look...

Why Choosing The Right Venue For Your...